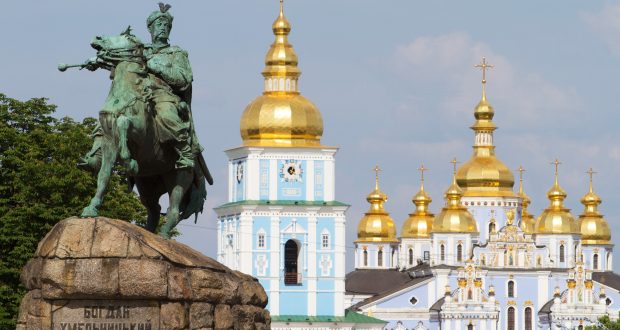 Industrial investment from Turkey to Ukraine

Turkish companies constitute the majority of the companies in the industrial zone to be established in Mariupol City.

Ukraine is the largest country located entirely within Europe. With the establishment of the powerful Kievan Principality, which formed the basis of Ukrainian identity in the Middle Ages, it became an important center of East Slavic culture.

Most of the trade between Ukraine and Turkey consists of textile and ready-made clothing products.

Due to the fact that the products imported from Turkey are economical, Ukraine meets approximately 70% of its textile products from Turkey. Mostly by sea, land and air cargo are also used in imports and exports between the two countries. Another form of trade is the suitcase trade. It happens when people coming from Ukraine sell the goods they brought with them in their suitcases in Turkey and take the goods they bought from here back to their countries.

Ukraine, which is our 18th largest market in our ready-to-wear and apparel exports, ranks 19th in our total textile and raw materials exports.

In Ukrainian trade, there is trade secret protection. Administrative sanctions are carried out by the Anti-Monopoly Committee.

In the January-April period of 2021, $ 61.6 million worth of ready-to-wear and apparel exports and $42.2 million worth of textiles and raw materials were exported to Ukraine. Ukraine, which is the 49th largest exporter in the world with $49.4 billion, is the 48th largest importer in the world with $54 billion. As Ukraine’s largest apparel and apparel supplier is China, which has a share of 34.8% with a value of $ 374.1 million, and Turkey becomes the second supplier country with a 19.9% share and an import of 213.7 million dollars.

Located on historical trade routes, Odessa, as the largest port of the Black Sea, provides the commercial link between the “East” and the “West”. The 18 most important ports of Ukraine are located within the borders of Odessa Region. 73.5% of the total volume of cargo transferred at Odessa ports is export cargo.

Most of the companies in Mariupol are Turkish

The majority of the companies in the industrial zone to be established in Mariupol City are Turkish companies. Work is underway for the construction of Azov Aqua Invest Organized Industrial Zone, in which Turkish companies will predominate, in Mariupol, Ukraine. In the statement made by the Mariupol City Council, it was stated that within the scope of the agreement, an initial investment of 250 million hryvnia (approximately 9 million dollars) will be made in the region. It is envisaged to provide employment for 600 people in the industrial zone to be established. It is foreseen that the industrial zone, which is planned to produce elevators, metal structures and automotive spare parts, will consist of 7 sections.

It is planned to include 11 factories and a trade center on the land, which is collected free of charge by the Ukrainian State and the infrastructure works are covered by the state.